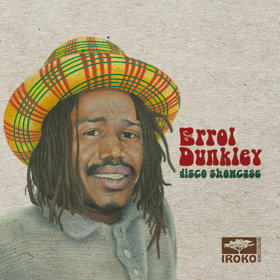 Other releases by ERROL DUNKLEY

The second Jamaican child star to emerge, following the success of Delroy Wilson, Errol Dunkley began his career recording for Prince Buster in the late ska years as part of a duo with Junior English, achieving the first flushes of success with Joe Gibbs in the rock steady era, after having been introduced to him by Bunny Lee. A switch to Studio One brought greater fame, but the financial side of things proved equally disappointing. Dunkley went on to forge a partnership with Gregory Isaacs in the early days of African Museum, and then concentrated on self-production. After being brought to London in 1973 to record the Sit And Cry album for Count Shelley, Dunkley began travelling between the UK and Jamaica, yielding spectacular work in the process, and reaching unprecedented popularity with a hit cover of John Holt’s ‘OK Fred,’ recorded for Ossie Hibbert in 1978. Despite reaching Top Of The Pops with that hit, he continued to cut the same mix of hard-hitting ‘reality’ records, love songs and cover tunes he’d always done, yielding a lot of impressive subsequent material. Disco Showcase, which surfaced in limited quantity on the Black Joy label in 1980, is one of Dunkley’s least known titles, and one of the most compelling too; recorded at Channel One with engineer Soljie, it has an alternate, Rasta-focussed rendition of Dennis Brown’s ‘The Half,’ a menacing track called ‘Beware,’ with its eerie horn parts from Vin Gordon and Herman Marquis, a thunderous repatriation song called ‘Africa’, and a harsh bit of personal commentary called ‘Innocent Girl,’ aimed at a duplicitous female. Each of the tracks are presented in extended mix ‘showcase’ format, the first three featuring hefty melodica work by none other than Augustus Pablo.
David Katz ©