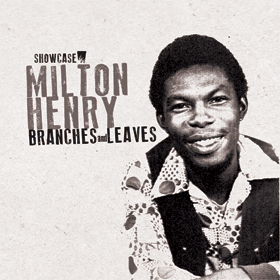 Other releases by MILTON HENRY

As noted above (see BB 26), Milton Henry passed through various groups during the late 1960s before going solo, cutting noteworthy singles for Lee Perry, and then, his own self-produced work. When he migrated to New York to join family members, he became an integral part of Lloyd Barnes’ Wackies label, helping with sales in the record shop, and assisting with A&R and music production. Henry released two albums of his own while at Wackies, but seemed out of action for many years, until Roberto Sanchez began collaborating with him in 2013, conjuring suitably organic roots rhythms at his A-Lone Ark Muzik studio, which Henry then voiced at Bullwackie’s current base in New York. The result is a very fine album, presented ‘showcase’ style, with every track immediately followed by its dub counterpart; fine liner notes from reggae scribe Angus Taylor add context.
David Katz ©