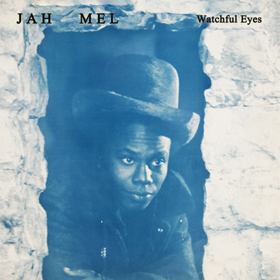 Other releases by JAH MEL

As noted above (see BB 08), when Bronx-based producer Roydale Anderson heard native Kingstonian singer Jah Mel on the mike at a dancehall in Rochester, NY, he knew that the singer’s sweet vocal tones were worthy of a wider audience. And in order to get the most out of the singer, he brought the Twelve Tribes member back down to Kingston to cut an album at Harry J with Family Man, Carly, and Wia Lindo from the Wailers band, augmented by guitarist Leroy ‘Gitts’ Hamilton, Bongo Herman and Dean Fraser and Nambo on the brass, as well as one Ian Nathanial on piano. Later overdubs were supplied at Rochester’s Dynamic Studio, with synth from Jerry Brongo, guitar from Howard Love of the Sock Band, and Studio One veteran Judah Eskander Tafari on backing vocals. The result was something entirely different, the sound somewhere between the grassroots of Kingston and the more diverse vibe of New York; even the Wailers’ rhythmic core members are doing something unexpected, providing softer rhythms that better suit the singer’s unique blend of conscious roots reggae and lover’s rock. He’s at his best on numbers like the forceful ‘Eruption,’ the dejected ‘Sufferer’s Song’ and the emotive title track, but as is noted on the back of the LP, ‘Every cut is a gem—no weak link is dis ya chain.’
DavidKatz ©