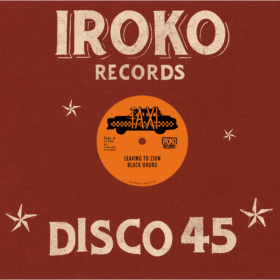 Other releases by BLACK UHURU

When contemplating the many vocal harmony groups that helped roots reggae become a viable force, Black Uhuru probably has the most complicated evolutionary history of all. Hailing from Waterhouse, one of the more volatile spots of western Kingston, the original line-up (known simply as Uhuru) had Garth Dennis as lead vocalist and Duckie Simpson and Don Carlos on harmony; an early cover of the Impressions’ ‘Romancing To The Folk Song,’ recorded with George Philpotts, the devotional ‘Time Is On Our Side’ (aka ‘Jah Is My Guide’) for Clive Chin, and ‘Slow Coach,’ issued on Raymond ‘Benno’ Anderson’s Andy’s label in Jamaica, all showed promise, but sold poorly. Carlos thus went solo, and Dennis and Simpson were joined by Michael Rose, who had been singing in the Jays with Errol Wilson and Lloyd Ruddock, brother of King Tubby; then, once Dennis left to join the Wailing Souls, the line-up solidified with Michael Rose on lead and Duckie Simpson and Errol Wilson on harmony. After cutting ‘Wood For My Fire’ and ‘Rent Man’ for Dennis Brown, and since Rose had strong links to drummer Sly Dunbar, their 1977 debut album Love Crisis was planned as a Taxi production. However, Sly and Robbie went on tour with Peter Tosh, leading the trio to cut the album with Prince Jammy. Wilson then left the group, to be replaced by Puma Jones, an African-American dancer that was vicariously reconnecting with her roots after coming to Jamaica on a social work project. Since Sly and Robbie were then back from the Tosh tour, the time was right for the group to finally get the Taxi treatment, yielding the intense Showcase album after a set of sessions that took place with Sly, Robbie and the Revolutionaries at Channel One studio in 1979; the album was later repackaged for Virgin as Black Uhuru. ‘Leaving To Zion’ was the original album’s fabulous opening track, and the extended version presented here surfaced in small quantities on the Tanka label in New York. ‘Shine Eye Gal,’ which was only included on overseas issues of the album, is also presented here in an extended format, taken from the D-Roy 12-inch issued in England that same year; in addition to the thunderous bass and drum, courtesy of the ‘Rhythm Twins,’ the song is noteworthy for the scratchy guitar lines provided by Keith Richards of the Rolling Stones.
David Katz ©